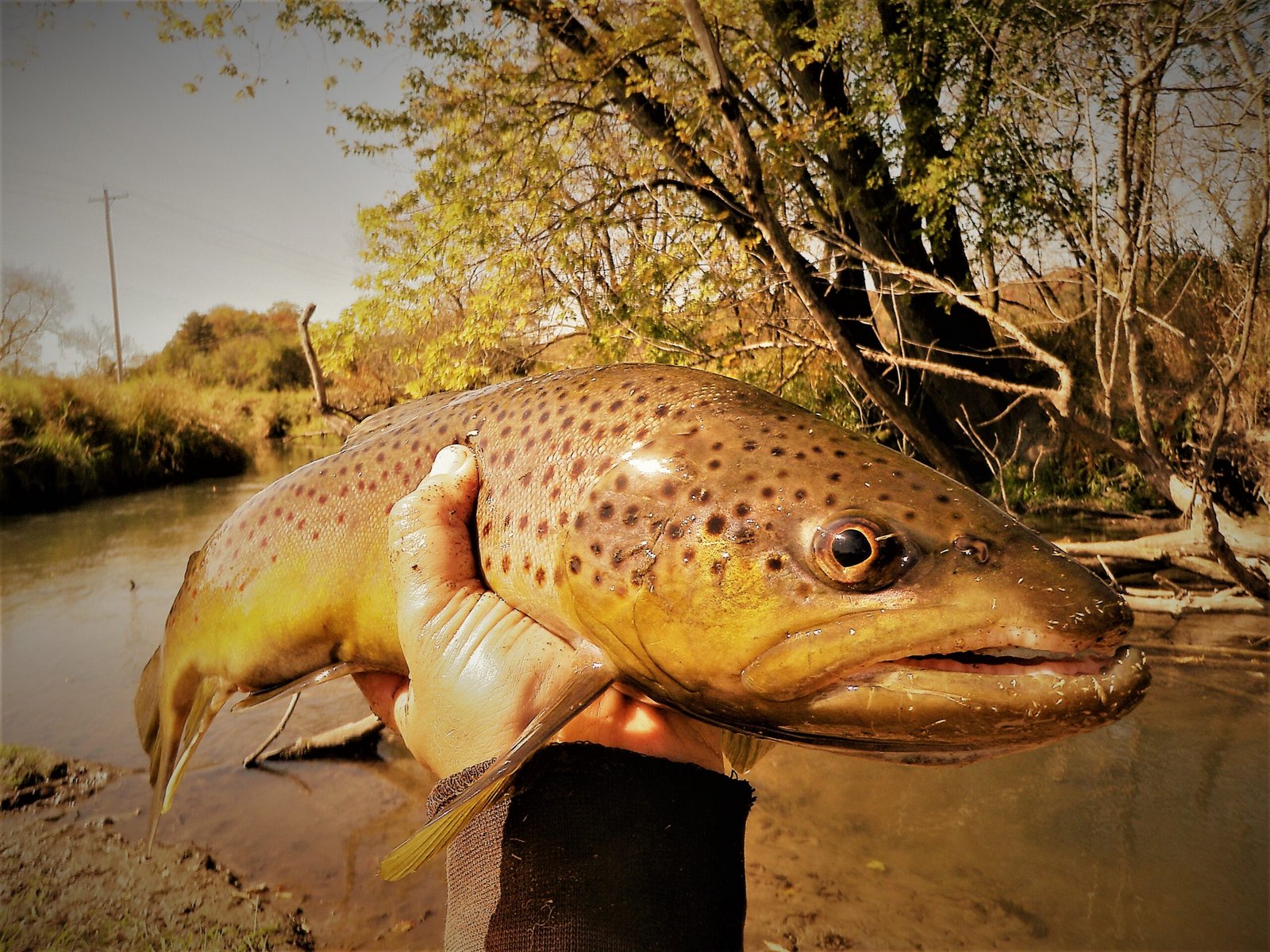 I started off season of 2012 traditionally sometime around late March/early April with the spring steelhead run. Previous 2 years were not so good mainly due to very high water levels and chocolate milk water in the tribs. Luckily this year rivers cleared enough to fish, so despite busy schedule I was able squeeze in few days of fishing on the famous Root River.

I was lucky to get a few decent steels with plenty of suckers and even a carp mixed in. Especially carp loved the fire pink crappie jig plastic. Generally black nymphs and egg patterns were productive, however I decided to come back to my spinning/gear roots and throw some hardware. It worked really well in narrow spots where I did not have enough room to sneak in with a fly without spooking the fish. In tight spots like that I would sneak upstream and then float shallow running crank downstream to staging steelhead. When the lure would drift close to them, I would close the bail, tighten the line and let the lure wiggle in front of their faces. If I was stealthy enough for them not to see me, sooner or later it would result in a viscous, rod ripping strike and beautiful fight.

When the weather got warmer and Lake Michigan tributaries got totally overrun with suckers it was time to head North and hit the magical Wisconsin Driftless in search of inland trout. I had a few days with great weather and plenty of action, however one day in mid May was pure magic. With temps being around mid to upper 70’s and slightly high but clear water in the streams trout were literally on fire. Around lunch time I think I lost the count how many trout I had on, and on few occasions I had two fish attack my lure at the same time. This day was also when I got my first 20″ inland trout. I came upon a nice, deep looking run and made a few casts but surprisingly had no result. I moved on but after a few steps I stopped and decided to give it one last try since the spot looked and felt really “fishy”. I casted my trusty Rapala x-rap far downstream and slowly worked the lure against the current. Suddenly this shade came out of nowhere and started snapping at my lure. After 2 missed strikes he finally nailed it and put on aerial show like he was taking lessons from his steelhead brethren.

Then the summer rolled in, which what I remember was for the record books in terms of heat and lack of rain. Despite that I was able to get some action in June and early July before the massive heat wave settled in. That summer I got lucky with bass, pulled few fat toads pushing close to the magical 20″ mark. I also had some interesting day on the Fox River below the McHenry Dam. First I missed a huge hit from a trophy smallmouth. Then after a few casts later to the same spot I scored another hit, but this time my drag screamed and I had to chase the fish 20 ft downstream. Surprise, surprise! Turned out to be a nice channel cat that decided to get some exercise and nailed my jointed Rapala.

Finally after a long and insanely hot and dry summer that pushed the limits even for Chicago standards, a long awaited fall rolled in. For the last weekend of September I decided to hit my favorite stream in the Wisconsin Driftless area, hoping to capitalize on the last weekend of the inland trout season. And boy, did I got my money’s worth. After a long and dry summer the water was low and almost gin clear. That is on a stream that pretty much always was more or less muddy due to silty bottom. I quickly scored first trout from the deeper holes that right now were super easy to find. Then I came on a double spot; a deep hole and a long run separated by a shallow gravel bar with a fallen tree strewn on top of it. I climbed on a fallen log and threw my spinner upstream right into the deep hole. My plan was to slowly work the lure through the spot upstream of me, then let the current sweep it naturally across the shallow gravel bar beneath me and right into the deep run downstream. Well the tactic worked, but not exactly as I planned. As I was retrieving my spinner over the shallow gravel, suddenly the fallen log I was standing on literally came to life!! Well at least that was what it looked like. Out of nowhere huge shade came right from below where I was standing and inhaled my panther martin. After a hit followed a tail dance and a drag screaming run downstream. I had to climb up the cliff and then slide down the bank into the river to finally scoop the fish. It was thick male with a big head and shy literally 1/8 of an inch to be full 20”.

Because of the insanely hot and dry summer, it was not until the mid October that the first salmon entered the lake Michigan tributaries. Although when the waters cooled off enough, they came in huge numbers not seen in previous seasons. Also river was low and clear which made the fish easier to spot. That season I caught many Kings, but only few Cohos and browns. Run also lasted fairly long; I remember catching fresh fish all the way through November. As far as the fish worth mentioning, the first one in the gallery is a beautiful chrome Chinook female. Usually when salmon run up the rivers even early on they already have some color to them. However this one was still silvery fresh. I remember that day I was casting to a pod of dark males in a deep hole below a boulder. However they nonchalantly ignored my fly. After it drifted downstream I would roll cast and place my fly ahead of them. I did it cast after cast, almost reaching a state of fly fishing Nirvana when there is nothing just you, water and fish. After 10th or so cast when I tried to repeat the maneuver I discovered that I got snagged. I looked downstream to look for the culprit that interfered with my angling meditation, only to discover that suddenly snag became alive!! What followed was an epic battle with peeling drag and tail dancing. Luckily because of low water the fish stayed within the run and eventually another fisherman netted the fish for me. What is funny is that I was not even trying to catch her. She was about 10ft below me in shallow water, however fish that are silver fresh like that are very hard to spot. Who does not like surprises like that.